This Sunday, October 6th marks the beginning of two weeks of planned protests held by Extinction Rebellion activists across London.

The Opening Ceremony where more than a thousand people gathered, took place on October 6th from 5 pm at Marble Arch. People were invited to come dressed ‘for ceremony’ and to bring a lantern and a symbol of harvest.

The environmental group organized a meditation and dancing session as ‘inspiration’ before the start of the protests. Then a procession was held around Marble Arch where the protesters were asked to ‘demonstrate love’.

The protesters gathered around a small stage where different people talked about the motivations of the environmental group, the aim of the protests and why it is important for the future.

The environmental group is ready to make things change and to do so they plan to shut down key sites as Westminster and Lambeth bridges, and there will also have protests outside key government departments.

The event was broadcasted live on Extinction Rebellion’s YouTube channel where hundreds of people watched and commented on it.

The opinion of young people is important because they are the future generations who will have to deal with the impact that we have today on the environment. In order to know what they think about the subject, JLDN interviewed some London South Bank University students.

Eric, 22 said, “I think it is really important to make people aware of the environmental issues we are facing because the real change will come from individuals. People, in general, will just argue the details. The power to change the world is occupied by the masses. Though dictated through government leaders.”

Another student – who wished to stay anonymous – told JLDN “Embrace people that walk on their hands or they will go extinct.”

Emily, 20 said, “People are the real evil. They needlessly kill and eat millions of cows every year. I don’t want to support humans.” 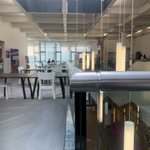 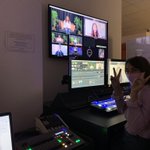 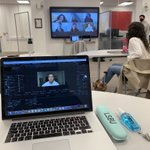