This week our class headed down to Westminster by the house of parliament to film our Brexit VT’s. My group decided to focus our VT on the thoughts and reservations of the British public a month before the Britain leaves the EU. We interviewed both Brexit supporters and opponents and carried out a piece to camera whilst we were out there.

In the afternoon, we separated and each worked on our audio packages. I chose to do a podcast and focused on describing what I could see and what had been happening throughout the day.

h J R
Jada Scott Tweets @jadascottjourno It's been a while since I last posted on here so here is a major life update! - I officially graduated from uni, managing to achieve a FIRST in my degree and a FIRST in my final project. - I've been offered a graduate job as a social media assistant and I start tomorrow! 🥳 https://t.co/UhEUXUORCc 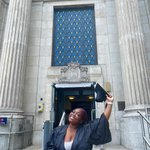 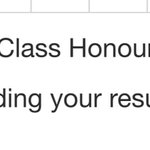