The exterior of the Faraday Museum at the Royal Institution with its tall, white columns exudes an elegant aura, reflecting the impressive scientific achievements that took place in this very building. Located on the expensive Albemarle street, strewn with designer clothes and jewellery shops, Faraday Museum is named after British scientist Michael Faraday (1791-1867). Most importantly, Faraday is most known for inventing the world’s first electric motor and his wider work in electromagnetism. Thus the history itself will further excite visitors.

What is inside in the museum?

In summary, the Faraday Museum has two floors and a basement. Firstly, the first floor features the Ante-Room, libraries, the infamous lecture theatre, paintings and scientific equipment. Secondly, the ground floor features even more paintings and scientific equipment. Thirdly, the basement displays Faraday’s laboratory as it was opposite a modern lab, an exciting periodic table game about the elements discovered here and a variety of scientific equipment and inventions. Fourthly, there is a small cafe in the basement. In addition, there are elevators for visitors who wish not to use stairs. Also, there is a reception desk at the front on the ground floor if visitors have any questions. Lastly, there are brochures on the first floor if visitors wish to get more involved with the museum. 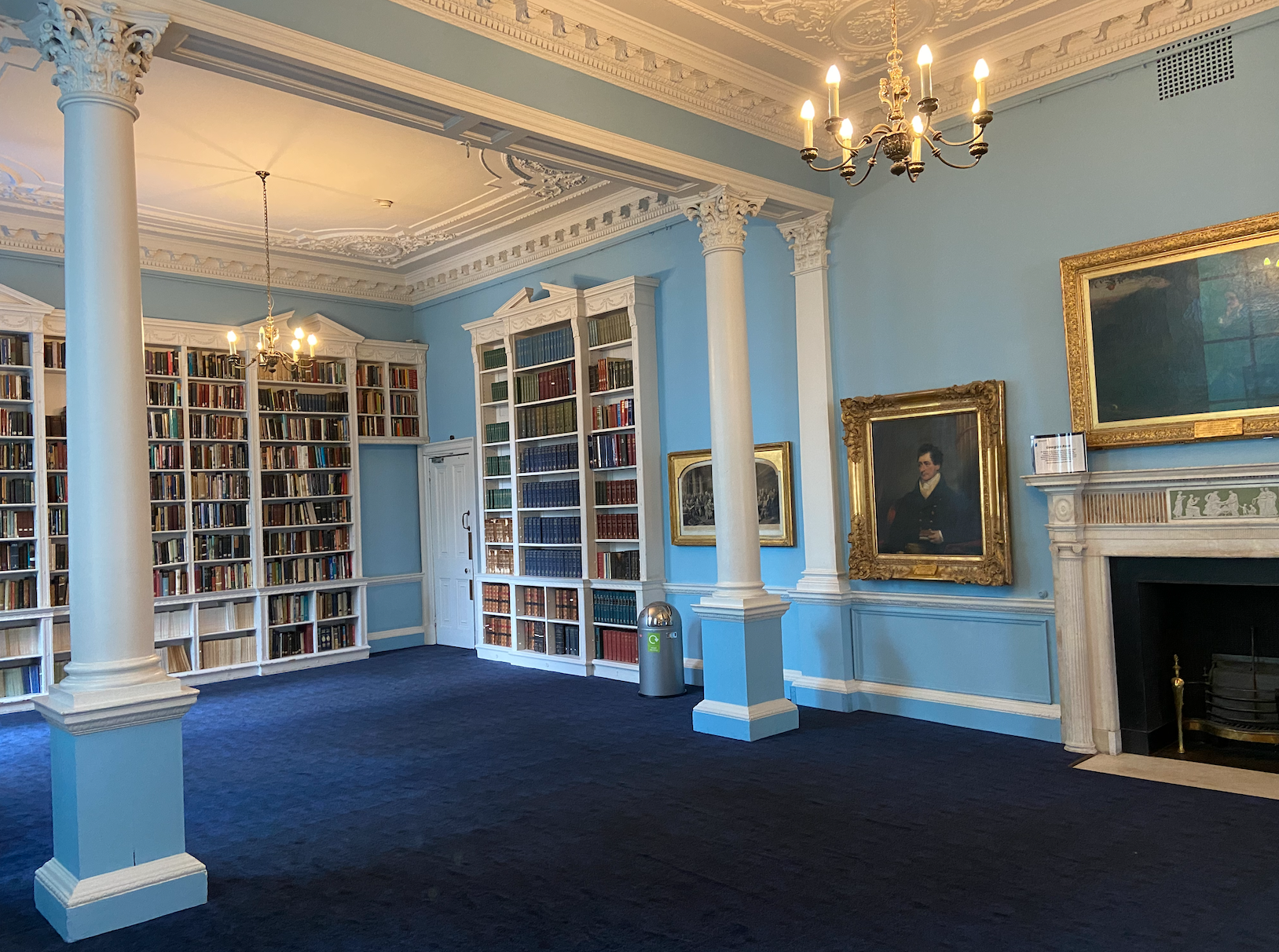 Lecture hall from the side Lecture hall from the front

Whilst walking through the libraries, visitors can smell the books dating all the way back to the 18th century and also read the multitude of leather bound books. In addition, they range from general books on physics, to records of meetings, to the history of chemistry and even modern books on global issues. Also, the quiet and empty atmosphere creates the perfect situation for a bookworm, with tall, beautiful ceilings laced with intricate engravings.

Who is featured in the museum? The Faraday Lab was the most modern laboratory at the time, but looks antique with many wooden elements and glass beakers. Also here Faraday conducted research on electricity, magnetism and chemistry. The basement’s most exciting feature however is the periodic table of elements game where visitors have to match the elements discovered whilst a song is played. To sum up, this ‘unknown museum’ is a perfect afternoon out if you’re intrigued about science. Scientific equipment in the basement Scientific equipment in the basement

A 19 year old student journalist. Studied at ACS, TIS and STAGS. Studying at LSBU. Lived in 🇩🇪🇬🇧🇺🇿. Living in 🏴󠁧󠁢󠁥󠁮󠁧󠁿. From 🇳🇱🇿🇦🇬🇧

🎉 last year of being a teenager 🎉